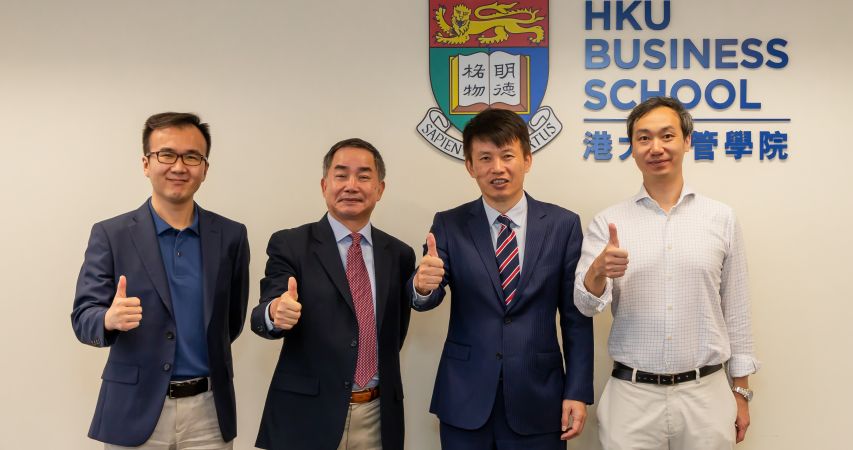 HK$67.32 million (over US$8.5 million) of University Grant Committee investment into four research clusters on the Quantitative History of China

Professor Chen, Chair Professor and Cheng Yu-Tung Professor of Finance, said, “We are honoured to receive the Areas of Excellence Scheme award this year, a commitment to supporting our investigation of multiple dimensions of China’s past. Uniquely among nations, China has a wealth of historical and archaeological archives covering almost all aspects of society, from politics to business, law and regulation, crime and unrest, family and lineage, culture and customs, religion and social organisation and science. The digitalisation of these records offers quantitative historians an unprecedented opportunity to re-examine various aspects of China’s past. Given that Hong Kong is part of China and has a linguistic/cultural/human resources advantage, we are in the best position to develop a holistic quantitative history of China. We strongly believe that the new Centre for Quantitative History will make Hong Kong a global leader in quantitative history research.”

About the UGC Areas of Excellence Scheme
The Areas of Excellence (AoE) Scheme was launched by UGC in 1998. Up to 2022/23, a total of 30 AoE projects from various disciplines have been funded in ten rounds of funding exercise. Among them, 12 funded projects are led by HKU researchers with Hong Kong Institute of Economics and Business Strategy led by Professor Y. C. Richard Wong, HKU Provost and Deputy Vice-Chancellor and Chair Professor of Economics of the School being the first awardee. This year, two outstanding research proposals were awarded a total funding of over HK$162 million, with one led by HKU.

The International Society for Quantitative History (ISFQH) is an independent, not-for-profit organization dedicated to promoting, supporting, and enhancing the advancement of education, in particular research and knowledge dissemination in quantitative history, in Hong Kong and other parts of the world.